Your Vote, Your Society! Board of Directors Nominations & Elections 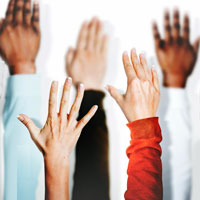 The call for nominations process is used to provide a diverse pool of candidates for the next election cycle of Board members. Members of the SPSP Board help guide the future and vision of the organization and field.

How do I participate?

After the Call for Nominations close, the Nominations and Elections Committee will develop the 2-person slate for each position. All nominations will be considered seriously to create a slate of candidates for each position that will contribute to the Board’s diversity of people and ideas. The Committee will seek representation in academic discipline, career stage, geographic location, place of employment (e.g. size of institution, non-academic settings), age, gender, sexual orientation, race, ethnicity and other diverse factors.

Upon review of the conflict of interests of each candidate, the Nominations & Elections Committee Chair may determine the candidate’s service to SPSP constitutes a conflict of interest and a discussion with that candidate will occur to determine if the individual is disqualified for office at this time and not selected for that reason.

The slates are presented to the Board at its Winter meeting for approval before going to membership for vote. Following a bylaws vote in 2019, at least two candidates must be on the ballot for each spot and preferential voting used.

What is the nominations & elections timeline?

© 2021. Society for Personality and Social Psychology®. All rights reserved.